💭 storyteller / comic creator living on the lands of Indigenous people in 'Canada' http://native-land.ca

#YAKUZINE
For the fans of the video game series #yakuza #ryugagotoku ❤️

The comic I worked on was announced! About 4*Town from Disney Pixar’s Turning Red ✨ Art by KAlfee (https://nitter.net/kaifeebean) and story by me!
https://variety.com/2022/biz/asia/turning-red-manga-comic-1235297098/

Today’s crafting: no sew tassel and folded wallet. The wallet was a fail because this scrap material doesn’t hold folds well! It was hard to cut this material with my usual paper cutters and scissors 🤣 what are nice curves 🤫?

I don't watch series often bc I get obsessed and have to binge watch, but two reccs that I'm enjoying are:

🔫 KinnPorsche (Thai) described as being like Yakuza/Ryu ga Gotoku, but queer characters. It has 18+ moments but they have meaning/development.

I've snot-cried for both series because they have really serious, despairing, heartfelt, and funny moments. Also my first time watching series in these languages!

Haven't touched these #HWAcomic pages since I drafted them last year 🛌 at least I still understand the drafts left by my past self...

used the leftovers from this project and made some fabric pendants (?) and put them on my notebook…now it is so charming to me 😭 I semi wish I put stuffing inside the pendants for more squish/tactile fun.

I aspired to have as much joy and excitement in my crafting life as Dee and the Rainbow Sponge https://yewtu.be/watch?v=V_OVxxIvqVw

Need to make more time for crafting 😂 drawing comics scratches some itches for me but I have DIY hives all over me, OK

Random sewing adventure—fabric case to go with my Traveler’s Notebook. The fabric print seemed wabisabi so I came up with an origami or furoshiki-inspired design. It self tucks closed pretty decently! Also made a pen insert out of more old #HWAcomic covers 🤣 for the fountain pens that I may or may not be precious about.

Down to Wengen and finally to Lauterbrunnen. Apparently that valley with the super long waterfall (and plenty of other waterfalls) is a repeatable experience. Amazing 🤩!

My website used to be a portfolio of comics/illos, but I've been adding random collections of stuff that I like. It's becoming weirder 🥰

Some drawings from last month (pulled from a longer sequence) and their thumbnails.

Whoops, almost forgot to share! Black Dream is 40% off for the itch.io Summer Sale!

It's a short spooky comic, and early summer is 200% an appropriate time for that.

Made many comics in the past two months but they already feel *years* old!

Soon I can turn my attention back to #HWAcomic !? 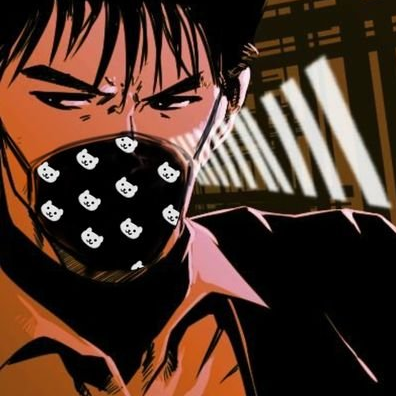 Since Shrimperific zine is out of print, I can share these sweet paintings of shrimpies publicly 🦐❤️ https://dirchansky.com/comics/shrimperific

The comic I worked on was announced! About 4*Town from Disney Pixar’s Turning Red ✨ Art by KAlfee (https://nitter.net/kaifeebean) and story by me!
https://variety.com/2022/biz/asia/turning-red-manga-comic-1235297098/

A free, open-source WEBCOMIC TEMPLATE for website (can use for self-host)

Finished binding 11 #HWAcomic and ripped one at the final trimming step 😭 but washi taped over it and now it is kinda cute 🥰 (it reminds me, in purpose, of sashiko mending and reinforcement).

Can’t believe I handbound 40+ of these in total. Do not reccomend 😂 going out of print now ✨

💭 storyteller / comic creator living on the lands of Indigenous people in 'Canada' http://native-land.ca

Closed instance. Love no ads, chronological timeline, control over your data, toot privacy settings, and so much more (i.e., these cute mastodon mascots).